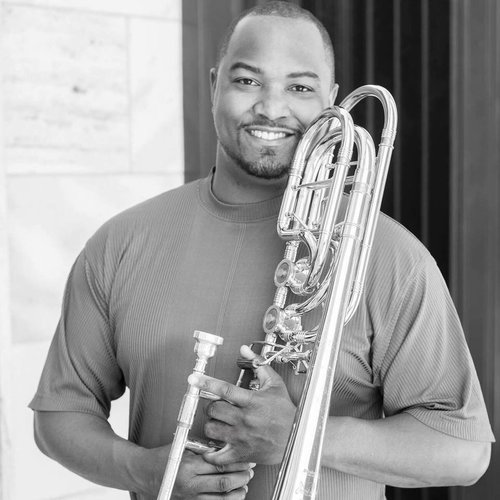 The final concert of our season of Music and Nature celebrates the range of human experience of everyday life in the Slavic nations during the early twentieth century. The concert opens with a pairing of compelling works by Dmitri Shostakovich. Written to commemorate the October Revolution of 1917, Shostakovich’s Festive Overturebegins with a grandiose ceremonial fanfare followed by sweeping, effervescent melodic lines. The exuberant overture stands in stark contrast to the dark and foreboding Prelude in E-flat minor. In Symphony No. 3 “Slavyanskaya,” Boris Kozhevnikov drew inspiration from folk melodies originating in his hometown, the ancient city of Novgorod. Ingeniously set, Kozhevnikov imbues pensive lyricism and brilliant vitality in the work not heard in the United States until the end of the Cold War. In his Northshore Concert Band debut performance, we are proud to feature Northwestern University alumnus and current Lecturer of Bass Trombone, Christopher Davis on Hidas’ Rhapsody for Bass Trombone. A fan favorite, the Finale from Kalinnikov’s Symphony No. 1 brings our season to a triumphant ending with rousing antiphonal brass.