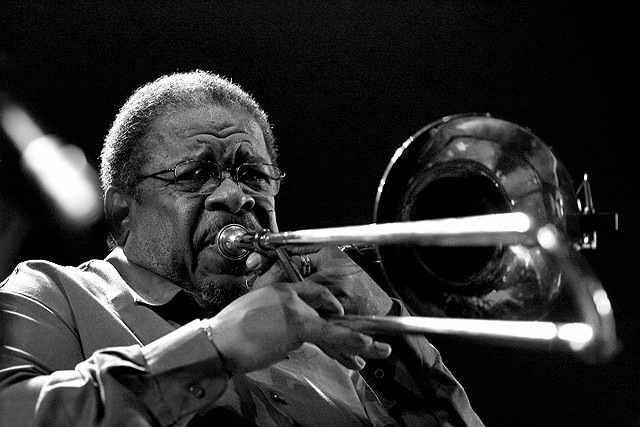 Legendary bandleader, trombonist and author Fred Wesley is one of the forefathers of funk still setting the standard with his jazz-funk band, The New JBs. Born in Columbus, Georgia, and raised in Mobile, Ala., Wesley began his career as a teenage trombonist with Ike and Tina Turner. He later was music director, arranger, trombonist and a primary composer for James Brown from 1968-1975. Wesley then arranged for and played with Parliament-Funkadelic and Bootsy’s Rubber Band, helping to take funk to the next level with George Clinton and Bootsy Collins. Also a veteran of the Count Basie Orchestra, he has worked with scores of other artists, from Ray Charles to Russell Gunn. The Duke Jazz Ensemble is directed by John Brown.