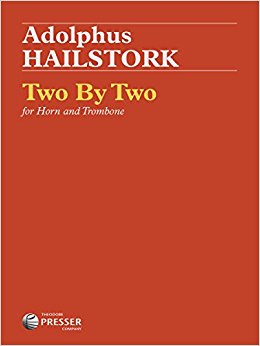 Two by Two: for horn and trombone