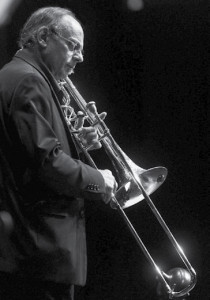 Receiving B.S. and M.S. degrees from the Julliard School of Music, David Taylor started his playing career at the Leopold Stowkowski’s American Symphony Orchestra, appearing with the New York Philharmonic under Pierre Boulez Almost simultaneously. He was a member of the Thad Jones Mel Lewis jazz band, and recorded with Duke Ellington (The New Orleans Suite), The Rolling Stones, and Blood, Sweat, and Tears.

Mr. Taylor has recorded four solo albums (Koch, New World, and DMP) and has presented numerous recitals throughout the world (including Carnegie Recital Hall, Kaufman Auditorium at the Y at 92nd Street, and Merkin Hall).

He has appeared as a soloist with the St. Lukes Chamber Orchestra, The Chamber Music Society of Lincoln Center, The Caramoor Festival Orchestra, The NY Chamber Symphony, The Basil Sinfonietta, and The Adelaide Philharmonic, He has been involved in dozens of commissioning projects for the Bass Trombone in solo and chamber idioms; collaborating with a variety of composers.

He has appeared and recorded chamber music with Yo Yo Ma, Itzhak Perlman, and Wynton Marsalis. Throughout his career, David Taylor has appeared and recorded with many major jazz and popular artists including Barbara Streisand, Miles Davis, Quincey Jones, Frank Sinatra, and Aretha Franklin. Mr. Taylor has won the National Academy of Recording Arts and Sciences Most Valuable Player Award for five consecutive years, the most it could be awarded and has been awarded the NARAS Most Valuable Player Virtuoso Award; an honor accorded no other bass trombonist.

Although he has performed on numerous Grammy Award winning recordings, 1998 was special. In 1998 Taylor performed on four Grammy nominated CD’s: The J.J. Johnson Big Band, Dave Grusin’s West Side Story, the Joe Henderson Big Band, and the Randy Brecker Band. The latter two CD’s were chosen for Grammys.

David currently performs with The Chamber Music Society of Lincoln Center, The Charles Mingus Big Band, Eos Orchestra, The NY Chamber Symphony, The Mostly Mozart Festival Orchestra, The Michelle Camillo Band, Areopagitica (a brass trio in residence at Mannes College), The Bob Mintzer Band, the Daniel Schnyder, David Taylor, and the Kenny Drew Jr Trio. He appears frequently with Orpheus, and the St. Lukes Chamber Orchestra, and he is on the faculties of the Manhattan School of Music and Mannes College.

David’s reaction to the award can be seen below
“To me this humbling recognition by the International Trombone Association, whose wonderful and successful work has been inspiring us all for more than a half century, means: KEEP GOING, KEEP PRACTICING, KEEP WRITING!

Thank you, members of the ITA all over our wonderful planet, for continuously teaching and pushing us all to look forward to the future.”

David will be presented with the ITA Award at this year’s ITF in New York.