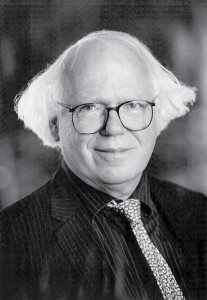 After working with the Falster Infantry Regimental Band in Vordingborg and the Malmö Symphony Orchestra, in 1974 Mogens Andresen became a bass trombonist in the Royal Danish Orchestra. In 1988-2013 Mogens was appointed professor at the Royal Danish Academy of Music in Copenhagen and head of brass. He was a co-founder of a brass ensemble from The Royal Danish Orchestra and played Baroque trombone in the ensembles the Rosenborg Trio and Den Danske Violonbande. With these ensembles he has made many recordings and has toured in Europe and USA. At the Royal Danish Academy of Music Mogens formed a brass ensemble and a big band and with them visited European music academies in Scotland, Poland, Czech Republic, Portugal, Germany, Austria, the Netherlands and Latvia. The ensembles are today continuing respectively as DANIA–BRASS ENSEMBLE and DANIA BIG BAND as professional ensembles.

Mogens is the author of a trombone tutor book as well as books on the history of brass instruments. Composer and arranger of music for brass published on BRASSMUSICONLINE.DK. His compositions and arrangements are performed worldwide.

Mogens commented “I really am overwhelmed at receiving The Humfeld Award 2016 and that also feel very honored to join the ranks of prominent recipients.”