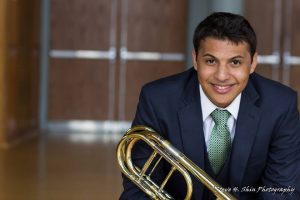 An active pedagogue and clinician, Dr. Murrell has been a teacher across the broad range of educational levels. In addition to his collegiate teaching at XU, he has been a featured Guest Artist and clinician for prospective music majors at the annual XU Honor Band and maintained a private studio comprised of 6th – 12th graders. Dr. Murrell has also served as a Low Brass Instructor for Mason, North Hardin, Beechwood Independent and Randall K. Cooper High Schools. He is also been a chamber music coach with CCM Preparatory Department and Guest conductor with the Brown High School in Louisville, Kentucky.

In 2017 Dr. Murrell was selected as a finalist for a position with the Minnesota Orchestra (David and Rosemary Good Orchestral Fellowship). An active orchestral musician, he has also appeared in concert with the Dayton Ballet, Dayton Philharmonic Orchestra, Columbus Indiana Philharmonic and Richmond Symphony Orchestras as well as serving as a substitute trombonist for the Akron, Kentucky, and Lima Symphony Orchestras.

As a soloist, Dr. Murrell has appeared with the Cincinnati Brass and Heartland Winds. In 2017, he was named winner of Ernest N. Glover competition, and is currently working on his debut solo album containing his many commissions for bass trombone. An active member of the ITA, Dr. Murrell serves as the Literature Reviewer and Pedagogy Video Coordinator for the association’s quarterly publication and website. 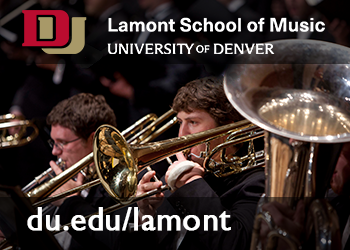