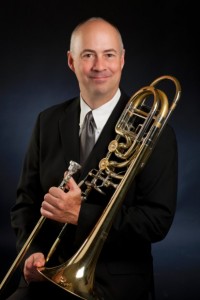 “Randy Hawes is one of this generation’s finest trombone players,” says Michael Sachs, head of the brass division at CIM and principal trumpet of The Cleveland Orchestra. “To gain a great bass trombone player and pedagogue like this, complementing our current trombone faculty, provides a tremendous opportunity for all of our brass students to learn from one of the best out there. We are thrilled to have Mr. Hawes join the brass division at CIM and look forward to working with him!”
In addition to his tenure with the DSO, Hawes has been a member of the World Orchestra for Peace since 1995 and the Saito-Kinen Orchestra at the Seiji Ozawa Matsumoto Festival since 2011. Hawes has performed with many of the world’s major orchestras including the Boston Symphony, Chicago Symphony, Cleveland Orchestra, Los Angeles Philharmonic and Pittsburgh Symphony. His distinguished teaching career includes faculty appointments in the United States as well as master class and guest artist appearances in Japan, Europe and throughout the United States.

“Randy’s exceptional artistry, diverse performance experiences and passion for teaching, will provide CIM students with a musical education steeped in rich orchestral traditions complimented with versatile performance training as they prepare for their careers in music,” says Joyce Griggs, CIM interim chief academic officer and dean of the conservatory.
Hawes has performed and recorded more than 30 albums with the DSO under music directors Gunther Herbig, Neeme Jarvi and Leonard Slatkin and is featured on two albums for bass trombone and piano with pianist Kathryn Goodson; he also appears on the recent recording, The Antiphonal Music of Gabrieli with the National Brass Ensemble. He received a bachelor’s degree in music education from Central Michigan University, where he studied with renowned trombone pedagogue, William Rivard.