At the end of June 2022, the ITA Board of Advisors voted to affirm the nominations from the Standing Committee on Governance of the following ITA Executive Board members: Dr. Bradley Palmer, Chair, and Dr. Keith Jackson, Vice Chair. Dr. Palmer was previously Vice Chair while Chris Shook is continuing in his role as Secretary-Treasurer. 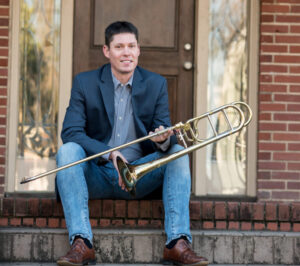 Dr. Bradley Palmer is Professor of Trombone at Columbus State University’s Schwob School of Music, where he has led and developed the trombone studio since 1999. He earned his bachelor’s degree in music from Millikin University, his master’s degree from the University of Iowa, and he completed his doctoral work at Florida State University. At Columbus State University, Dr. Palmer is the conductor of the Schwob Trombone Ensemble at CSU, including performances in Hawaii, Hong Kong, Germany, the American Trombone Workshop in Washington D.C., and numerous International Trombone Festivals. Along with members of the Atlanta Symphony and New York Philharmonic trombone sections, Palmer serves on the faculty of the Southeast Trombone Symposium and conducts the STS Professors Choir. As a recording engineer and producer, Dr. Palmer has recorded some of today’s leading brass players from the Atlanta Symphony, Boston Symphony, Chicago Symphony, Cleveland Orchestra, Houston Symphony, New York Metropolitan Opera Orchestra, New York Philharmonic, Philadelphia Orchestra, Pittsburgh Symphony, and Seattle Symphony. Dr. Palmer also serves as the Vice President of the International Trombone Festival Board. 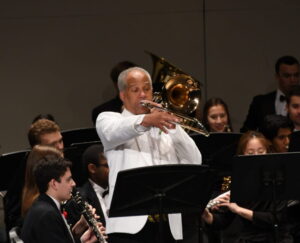 Keith Jackson serves as the Dean of the College of Creative Arts at West Virginia University. From 2008-17 he served as the Director of the School of Music at West Virginia University. Previously he had served as the Director of Graduate Studies in Music. His teaching responsibilities are in the area of Applied Music with specialties in Low Brass and Jazz. Former students are active professionally as teachers, performers and conductors across the globe. Dr. Jackson is active in both classical and jazz styles as a trombone performer and clinician. In addition to being an in-demand recitalist, he is a former member of the Pittsburgh Ballet Orchestra, the Pittsburgh Jazz Orchestra, and the Pittsburgh Opera Orchestra. During his career he has appeared on several recordings and on public television in jazz, classical, and commercial settings. In recent years he has given performances and clinics in Europe, South America, and Asia. In addition to his work at WVU, Dr. Jackson serves the community as member of the Board of the West Virginia Wine and Jazz Festival, the West Virginia Public Theatre, the West Virginia Symphony Orchestra, the Friends Board for West Virginia Public Broadcasting, and as President of the West Virginia Music Educators Association. 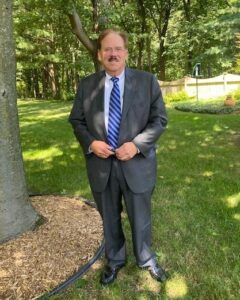 Christopher Shook is President of the Jim Gilmore, Jr. Foundation, a position held since the Foundation’s beginning in 2012, and he has worked for the Gilmore companies since 1974. Previously, he was Executive Vice President of Gilmore Enterprises Corporation, managing the multi-state real estate arm of the organization. Chris has a Bachelor of Music degree in performance and music education from Western Michigan University and a Master of Music degree from Northern Michigan University as well as continuing education in property management from the Institute of Real Estate Management. Recently retired from the Battle Creek Symphony Orchestra after 30 years as Principal Trombone, Chris performs with church ensembles and other chamber groups. Chris is married to Kathy, a cellist in the Kalamazoo Symphony. They have 3 grown children. He is currently board chair of the Kalamazoo Cultural Center; a member of the New Year’s Fest board; and Vice President of the Oakland Drive Winchell Neighborhood Association; board chair, Fontana Chamber Arts; and Secy./Treasurer, International Trombone Association and President of the Kalamazoo Federation of Musicians, Local 228. Chris has served as Chair of the Downtown Development Authority and Downtown Kalamazoo Incorporated as well as the Kalamazoo Downtown Partnership and miscellaneous Downtown Committees. He is also a member of St. Augustine Cathedral Parish and the Rotary Club of Kalamazoo. 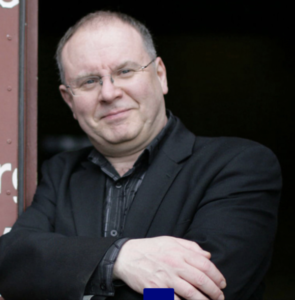 On behalf of the Standing Committee on Governance and all members of the ITA, we extend heartful thanks and tremendous appreciation to outgoing Chair of the ITA Executive Board, Christopher Houlding. Chris has served on the Executive Board since 2008 as Vice Chair and then as Chair starting in 2014. With nearly 15 years on the ITA Executive Board and his leadership in other capacities in our Association, the ITA has benefited from his direction, guidance, and wisdom. Thank you, Chris, for all you have given to the ITA. We appreciate your selfless service on behalf of trombonists around the world.