The Carolinas’ Trombone Choir, under the direction of William Harris, performed a recital as part of the ITA’s Trombone Week  only a little later, on April 22.  The concert was held in the Basicilla of Belmont Abbey in Charlotte, NC. 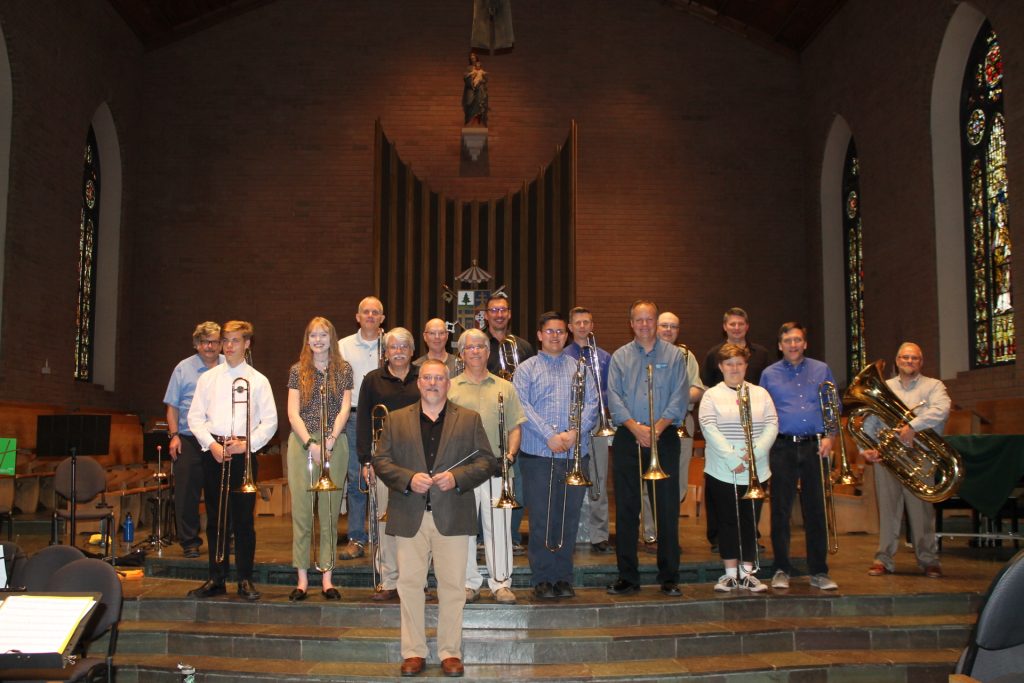 There were several duets, quartets, and six pieces for trombone choir.  The biggest piece was Samuel Barber’s “Adagio for Strings,” followed by “When the Saints Meet Lassus Trombone,” and “76 Trombones.”  The trombone section from the Lake Norman Big Band, Ken Davis, Jr. conductor, performed two pieces, including a wonderful rendition to “Spain,” by Chick Corea.  The rehearsal and the performance were on the same day, with around 50 audience members in attendance.