Jazz trombone virtuoso, Urban Clifford “Urbie” Green, 92, passed away on Monday, Dec. 31, 2018, at Saucon Valley Manor, Hellertown. He was the loving husband of actress and singer Catherine “Kathy” (Prestigiacomo) Green. Born Aug. 8, 1926, in Mobile, Alabama, son of the late Robert Eugene and Aurora (Blanche) Green, Urbie is known as the “trombonist’s trombonist” and is considered to be among the elite of the world’s trombone players, due to not only his mastery of the instrument, including his smooth, warm, mellow tone, but also his lyrical phrasing and beautiful solos.

By the time he was 16, he was working professionally with Tommy Reynolds’ band. Then followed years touring with big bands led by Jan Savitt, Frankie Carle, Gene Krupa and Woody Herman. In October 1950, Urbie became part of Herman’s Thundering Herd, and in 1954, won the Down Beat International Critics Award for “New Star.”

He is a multiple winner of the Most Valuable Player Award from the National Academy of Recording Arts and Sciences. In addition, he performed at major jazz festivals — including the annual Celebration of the Arts (COTA) in Delaware Water Gap — as well as concert halls and the White House. In a performance at Lincoln Center with an all-star band led by Benny Carter, he was invited to perform in a special tribute to Ella Fitzgerald, and later in Thailand, with the Benny Carter all-stars, in a private performance for the King of Thailand. He also placed high importance on enriching the music community through countless clinics for students at high schools and colleges throughout the world.

Some of his popular recordings include “Here’s That Rainy Day,” “Stars Fell on Alabama,” “Let’s Face the Music and Dance,” “The Flight of the Bumble Bee,” “Bein’ Green,” “Blue Flame,” “You Are So Beautiful,” “Quadrabones,” “Another Star,” “Sing,” “Perdido,” “St. Louis Blues,” “Stardust,” “Ave Maria” and “Ana Luiza.”

Urbie can be seen and heard in the movie “The Benny Goodman Story” (1956, Universal), starring Steve Allen and Donna Reed. Shortly afterwards, he fronted the Benny Goodman Orchestra for a three-month tour. In 1995, he was elected into the Alabama Jazz Hall of Fame.

Urbie is survived by his wife Catherine “Kathy” and their sons Jesse and Casey, as well as Jim, Urbie’s son from his first marriage. Other survivors include his sister Beverly (Pat) Simpson and several grandchildren.

In lieu of flowers, memorial donations may be made to Bensing-Thomas Funeral Home. 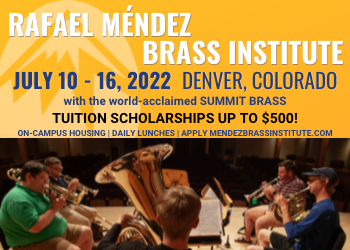