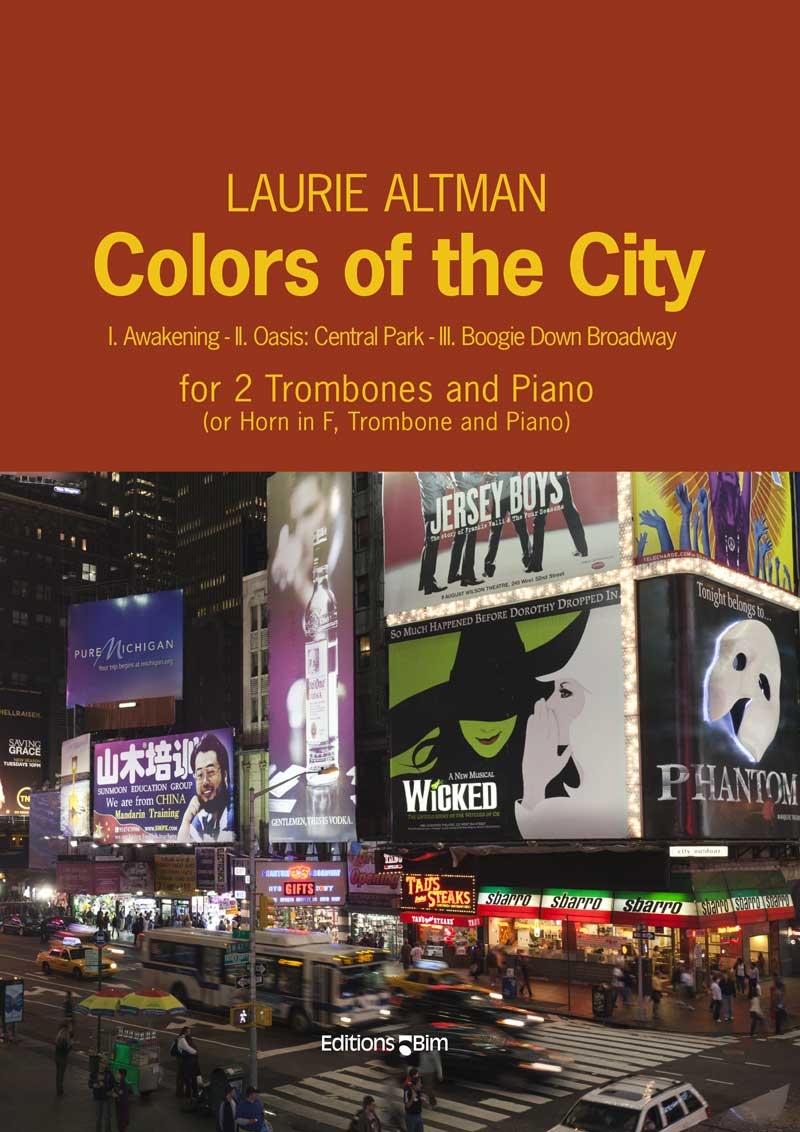 Colors of the City:
for two trombones and piano