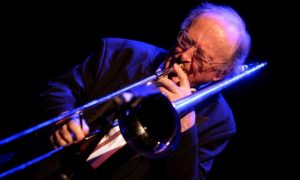 Chris Barber, respected British bandleader and trombonist, died at the age of 90 on March 2, 2021. While he started as an actuary, he formed the New Orleans Jazz Band in 1950 and his groups helped shape British popular music. He was one of the first British musicians to perform skiffle, a genre of folk music influenced by jazz, blues, and American folk music. In 1991, Barber was awarded an OBE (Officer of the Most Excellent Order of the British Empire) for services to music.

ITA sends its condolences to Mr. Barber and his family. For further information about his successful career, please view this article by The Guardian.