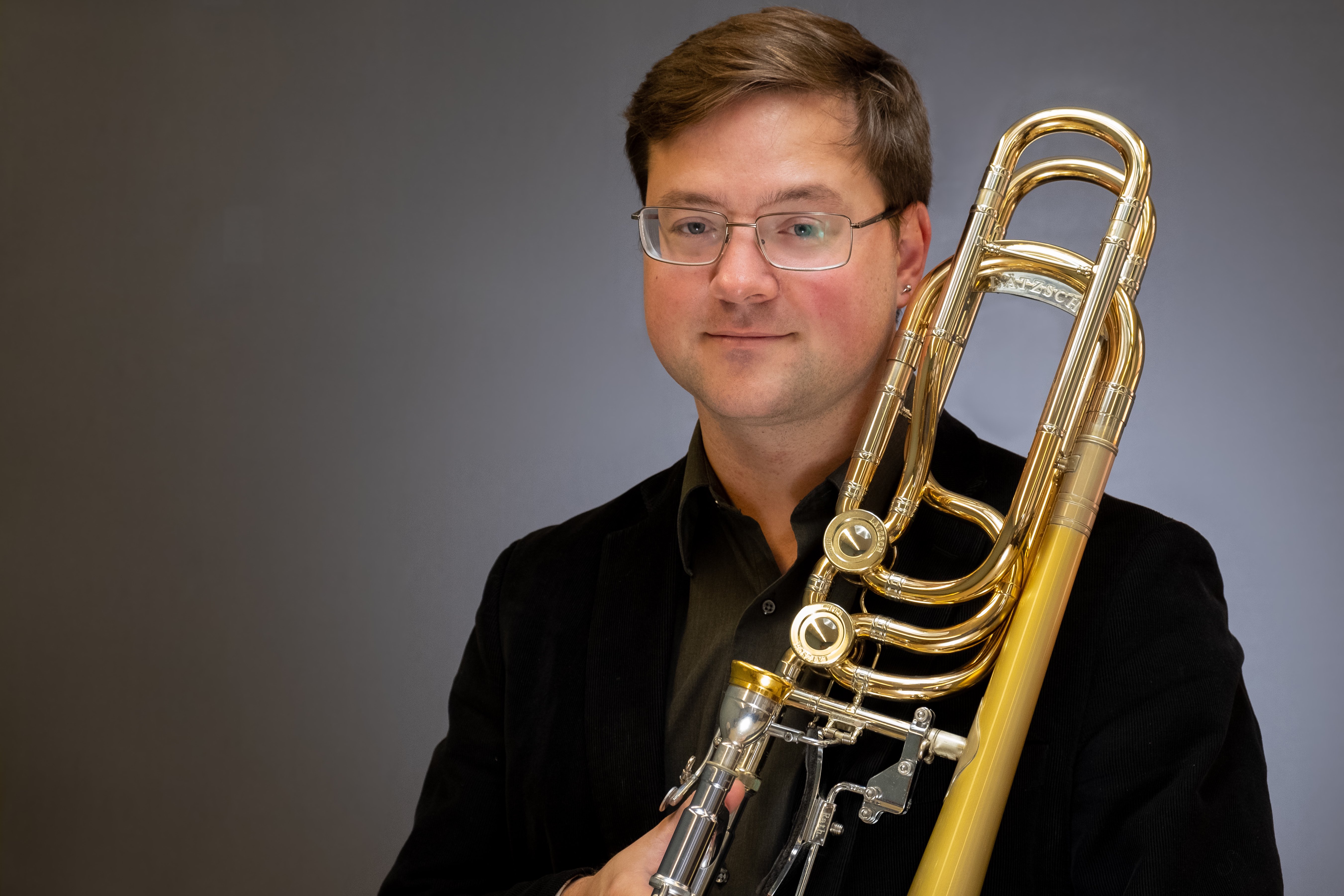 Bass trombonist, Dr. Russ Zokaites is currently the Visiting Professor of Music - Trombone at Morehead State University in Kentucky. Dr. Zokaites was a featured performer at the 2019 American Trombone Workshop and performed a solo recital at the 2018 International Trombone Festival. As a guest clinician he has given recitals and classes at nine universities and conservatories throughout the United States including, the Manhattan School of Music. Zokaites was selected as a fellow for the 2013 Alessi Seminar hosted by Joe Alessi, the Principal Trombonist of the New York Philharmonic. Dr. Zokaites is a Lätzsch Custom Brass performing artist and performs exclusively on Lätzsch bass trombones. Focusing on new music, Dr. Zokaites has worked with composers on 22 world premieres including the GRAMMY award winning composer Kenneth Fuchs. His projects have been featured at the 2018 International Trombone Festival, 2016 International Horn Symposium, the 2016 American Trombone Workshop, the 2013 and 2012 ArtSeEdZ festival in the Netherlands, and at National Sawdust in Brooklyn, New York.