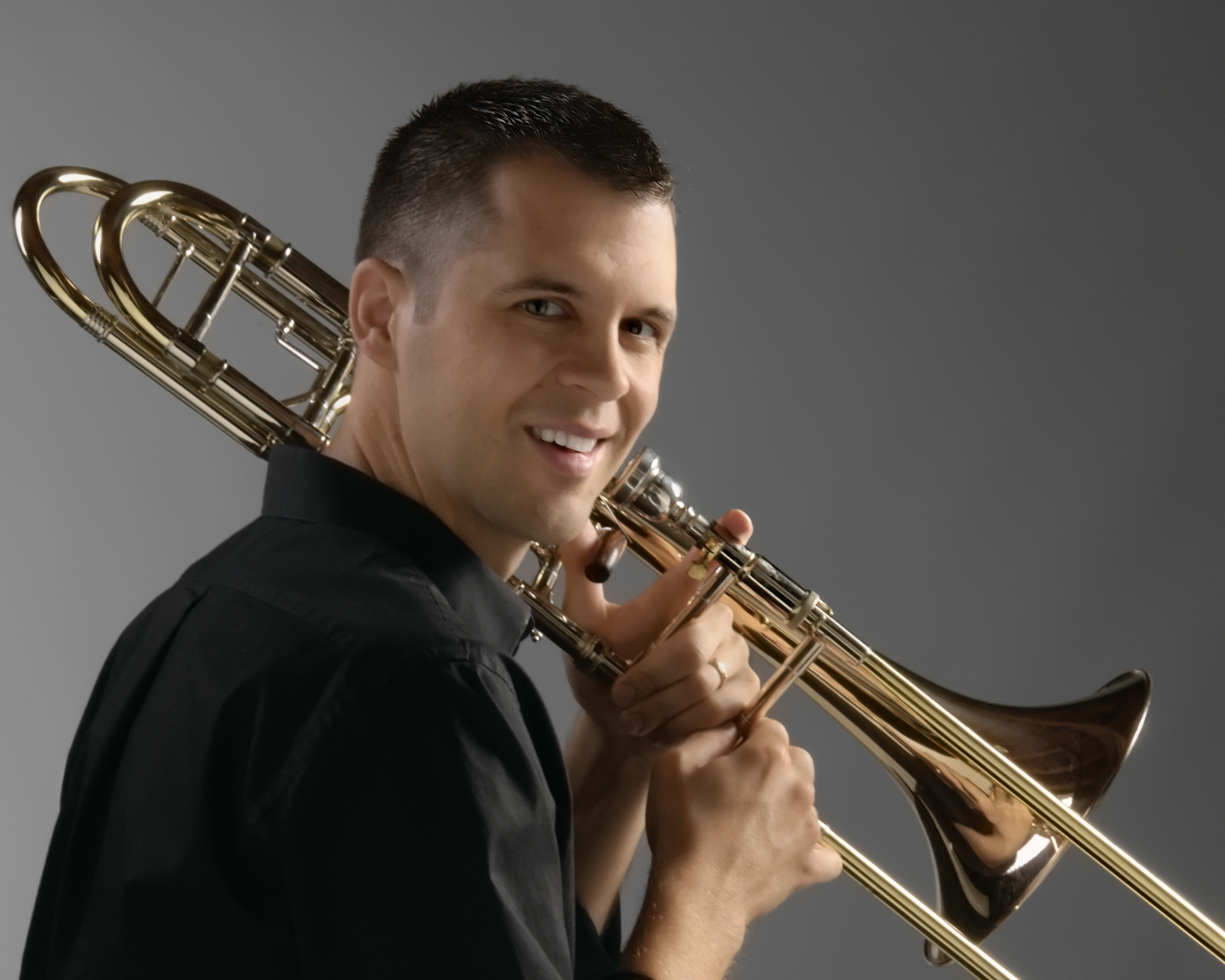 Dr. Cory Mixdorf is thrilled to be a part of the distinguished faculty at the University of Arkansas. He holds a Bachelor of Arts degree from the University of Northern Iowa as well as Master of Music and Doctor of Music degrees in trombone performance from Indiana University. While maintaining a strong studio, Dr. Mixdorf sustains a regular schedule as a guest artist and clinician on the national and international levels. In addition to frequent solo recital tours, his most recent endeavors include: presenting at the 2016 International Trombone Festival at The Juilliard School, performing at the 2015 American Trombone Workshop, touring Germany and recording a CD with the brass ensemble, Eurobrass and traveling to the Universidade de Brasilia where he was invited to solo with the Trombones Sociedade Anônima and give a master class to the University's trombone students. Dr. Mixdorf was also fortunate to have been selected as a fellow in the 2011 Alessi Seminar in Tuscaloosa, AL. Outside of his collegiate duties, Dr. Mixdorf enjoys performing with several area ensembles. He is the current Principal Trombonist of the Arkansas Philharmonic Orchestra. Before coming to Arkansas, he served as the Acting Second Trombonist with the Chattanooga Symphony Orchestra and has also performed with the Atlanta Symphony Orchestra, the Atlanta Ballet Orchestra, the Symphony Orchestra Augusta, the LaGrange Symphony Orchestra and the Georgia Brass Band, a group with which he recorded the album, A Christmas Festival. While attending Indiana University, he held the positions of Principal and Second Trombone in the Columbus, IN Philharmonic from 2006-2009. Other orchestral experience includes performances with the New World Symphony in Miami, FL, the Dayton Philharmonic Orchestra, Richmond Symphony Orchestra and Evansville Philharmonic. He has appeared as a soloist with the Indiana University Symphonic Band where he performed Richard Peaslee's Arrows of Time. Dr. Mixdorf has also toured with the Mr. Jack Daniel's Silver Cornet Band. Before his appointment at the University of Arkansas, Dr. Mixdorf served as Assistant Professor of Trombone at Georgia State University in Atlanta, GA, adjunct instructor of brass at Vincennes University, associate instructor at Indiana University, and adjunct instructor of trombone at St. Ambrose University. His principal teachers include Peter Ellefson, M. Dee Stewart, Nancy Vogt, D. Paul Pollard, Bruce Tychinski, and Brad Edwards. Dr. Mixdorf is a Conn-Selmer Performing Artist. When not playing trombone, Dr. Mixdorf spends every minute possible with his beloved wife Elizabeth and children, Miles, Madelyn, Mason, and Meyer.