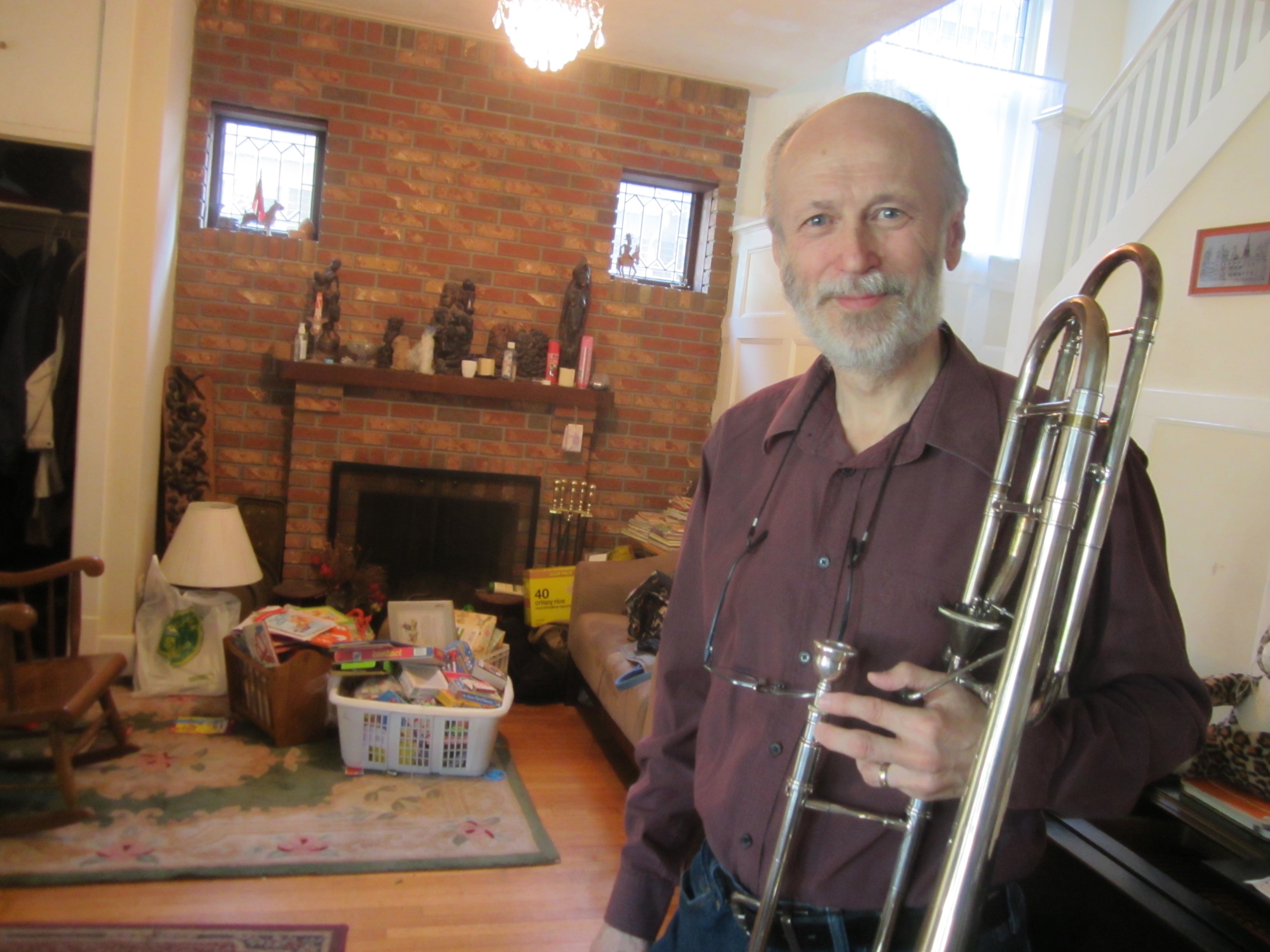 Born in Wrexham, Wales in 1947. Learned to play trombone at County Grammar School in Llandrindod Wells - teacher Trevor Griffiths. Soon playing in mid-Wales Youth Orchestra. Have continued ever since, taking advantage of many opportunities for informal professional instruction along the way. Composition studies with John Tilstone Ellis in Manchester. Graduated from the Welsh National School of Medicine in Cardiff in 1971. Post-graduate training in South Wales, Oxford and Manchester. Have been playing alto trombone since 1979. Played for 2 years in Oxford University Orchestra, and with various Oxford College orchestras, performing a wide range of repertoire. A highlight of my time in Oxford was a performance of the Monteverdi Vespers under the direction of Professor Dennis Arnold. Moved to Manitoba in 1986; in 1988 I won the Open Brass Solo Competition at the Winnipeg Music Festival, playing the Sonata 'Vox Gabrieli' by Stjepan Šulek, with pianist Joan Lawrence. I subsequently became Head of Radiation Oncology at CancerCare Manitoba and Associate Professor of Radiology in the University of Manitoba. Now retired from medical practice. Currently playing with The Chamber Orchestra at St John's College, University of Manitoba, and formerly with Manitoba Trombone Collective, which is not currently active. Member of ITA Reviews Committee since 1998. Composer of numerous orchestral and choral pieces, some performed internationally. Married to Dr Gwyneth Jones, 3 children and 2 grandchildren.